Jack Cooper (Matt LeBlanc) could be a world-class baseball pitcher if he didn’t keep buckling under the pressure. He tries to keep his spirits up after he’s traded to a minor league team but loses all hope when he discovers that Ed, one of his teammates, is a chimp. Ed used to be the team mascot, but was promoted to third base when the owners realized he had a talent for baseball. As Jack struggles to get used to his new surroundings, Ed helps him regain his confidence on and off the field. 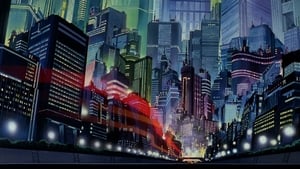